These Best Paleo Cinnamon Rolls are sweet, soft, and so delicious! Quick to make and they make the perfect morning treat. Gluten free, dairy free, and naturally sweetened. 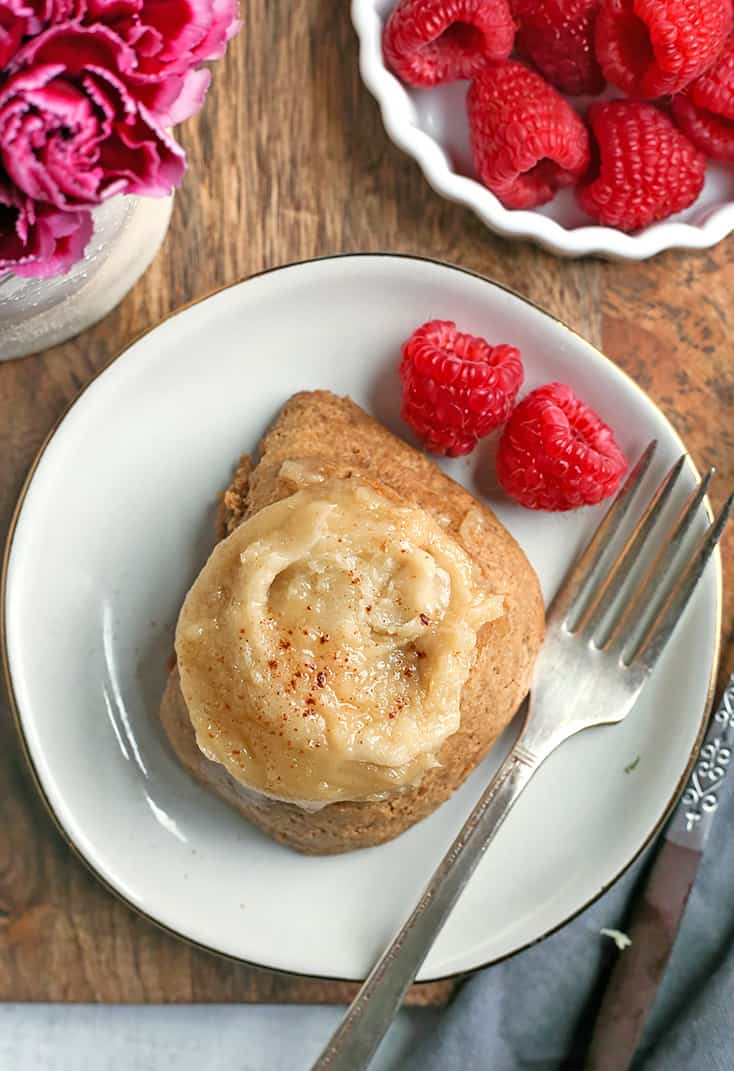 Every year, along with a breakfast casserole, my husbands family makes cinnamon roll for Christmas morning. They aren’t homemade, but they are the “good” kind that are huge and of course topped with lots of frosting. Remaking them to be healthy has been a mission of mine and I finally succeeded! 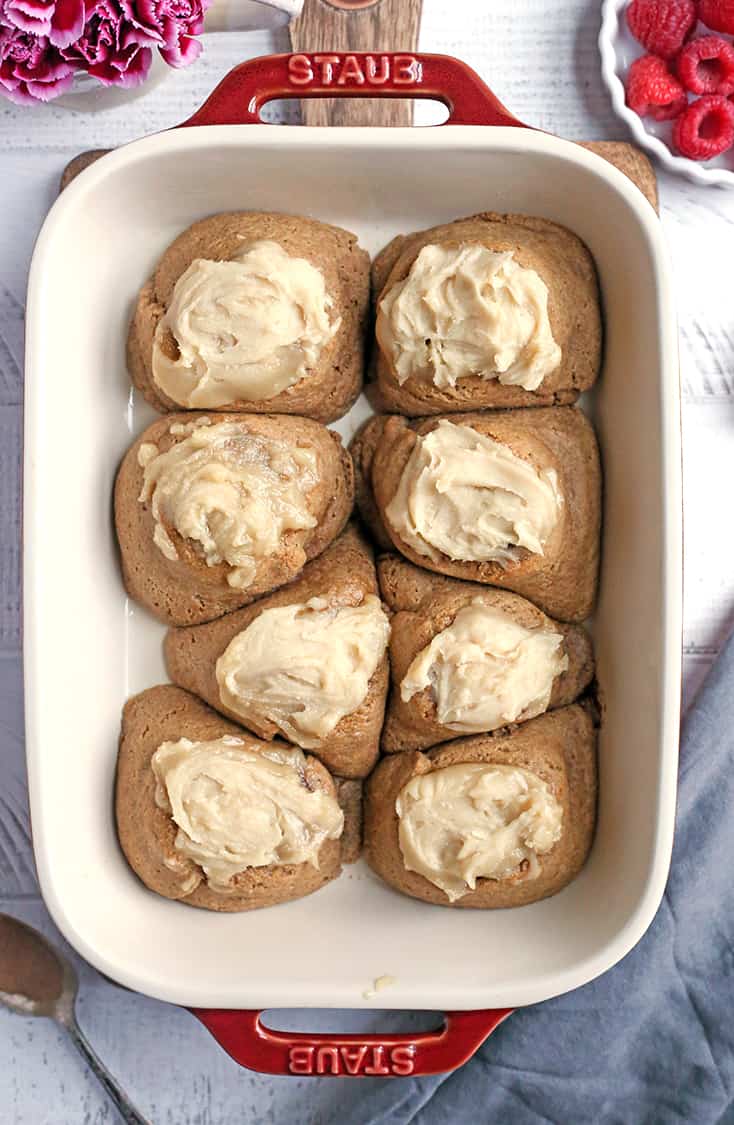 Making paleo cinnamon rolls has always been something I didn’t think was possible. Almond flour just isn’t the same as all purpose flour. It doesn’t have the same elasticity so rolling it up can be an issue. There is a trick I learned recently though and that’s adding some grass-fed gelatin to the dough. It helps the dough roll without cracking and gives the rolls that signature chewiness. After a few attempts I got them perfect. 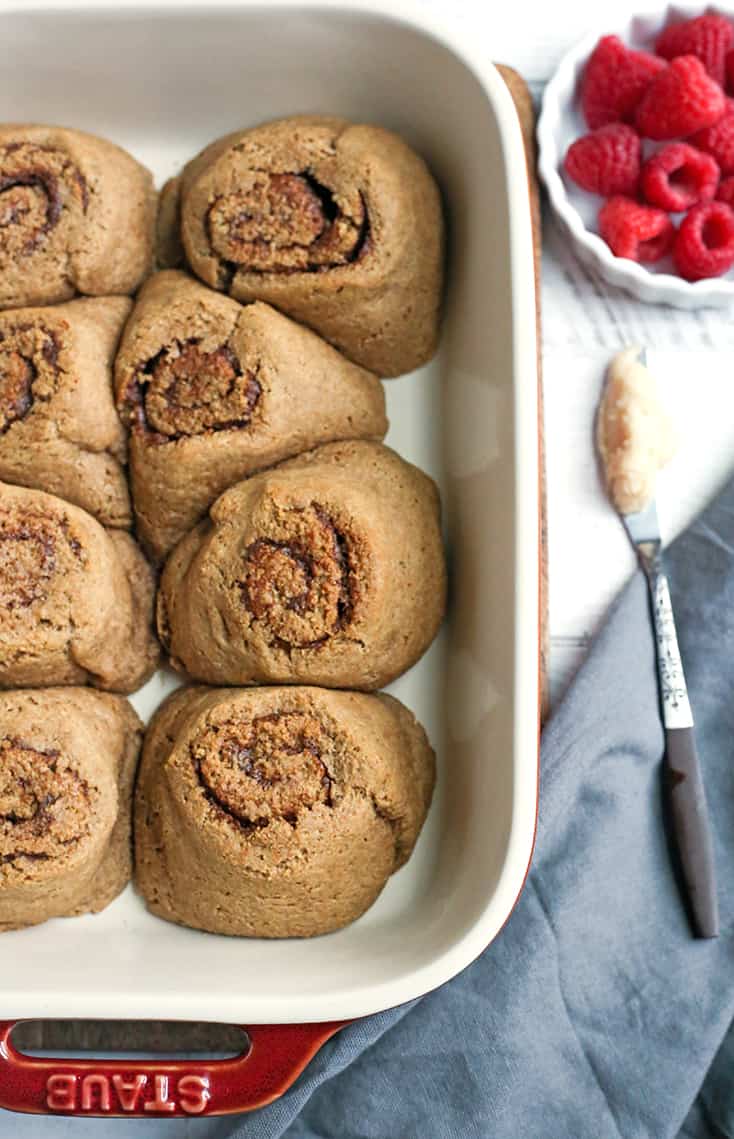 Are these the prettiest cinnamon rolls in the world? No. But what they lack in appearance, they make up for in taste. These are actually much easier than traditional cinnamon rolls. There is no waiting for them to rise and the mixture mixes together quickly. They bake for 20 minutes are are ready to be frosted. So simple! 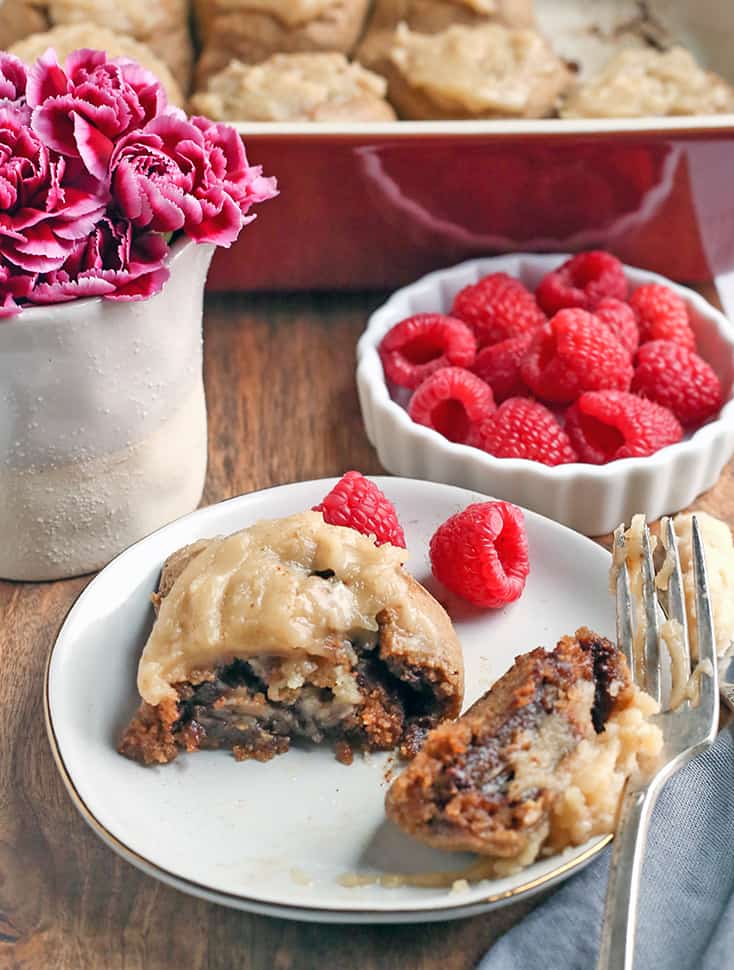 The frosting is the same that I used for my Paleo Sugar Cookie Bars. It’s a combination of coconut butter, maple syrup, ghee, and vanilla. It’s incredible delicious and is the best topping for the rolls. One important tip is the ghee is room temperature, not melted, or the mixture will separate. If this happens, just let it cool and stir until combined. 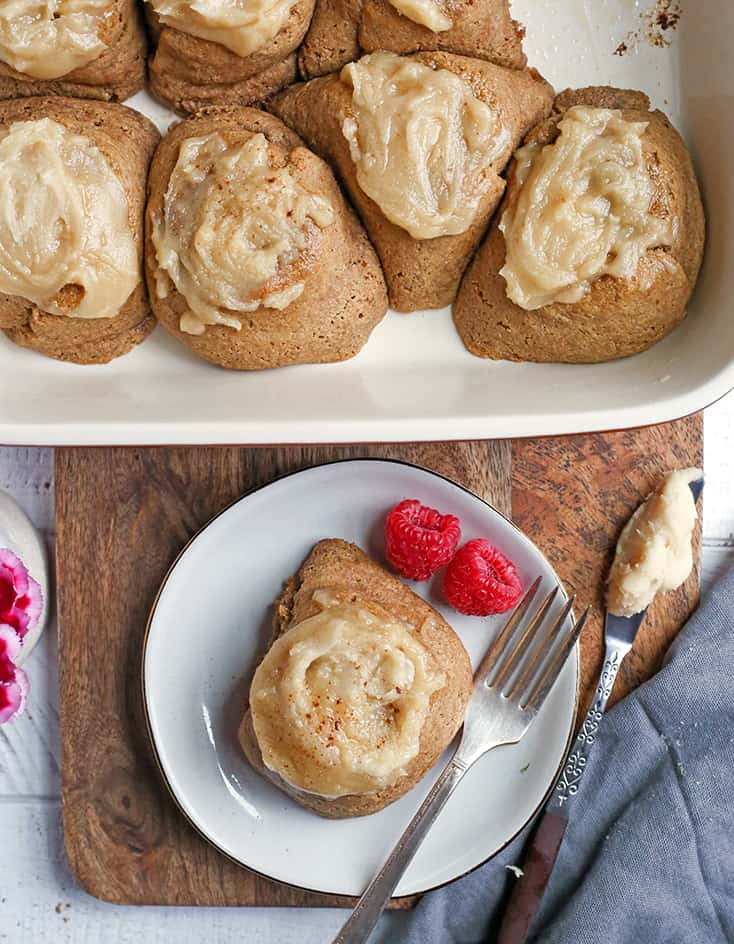 Oh course these are good for Christmas, but they are too easy and delicious for once a year. They would be great for any special occasion or just a fun weekend treat. I hope you try them and love them! 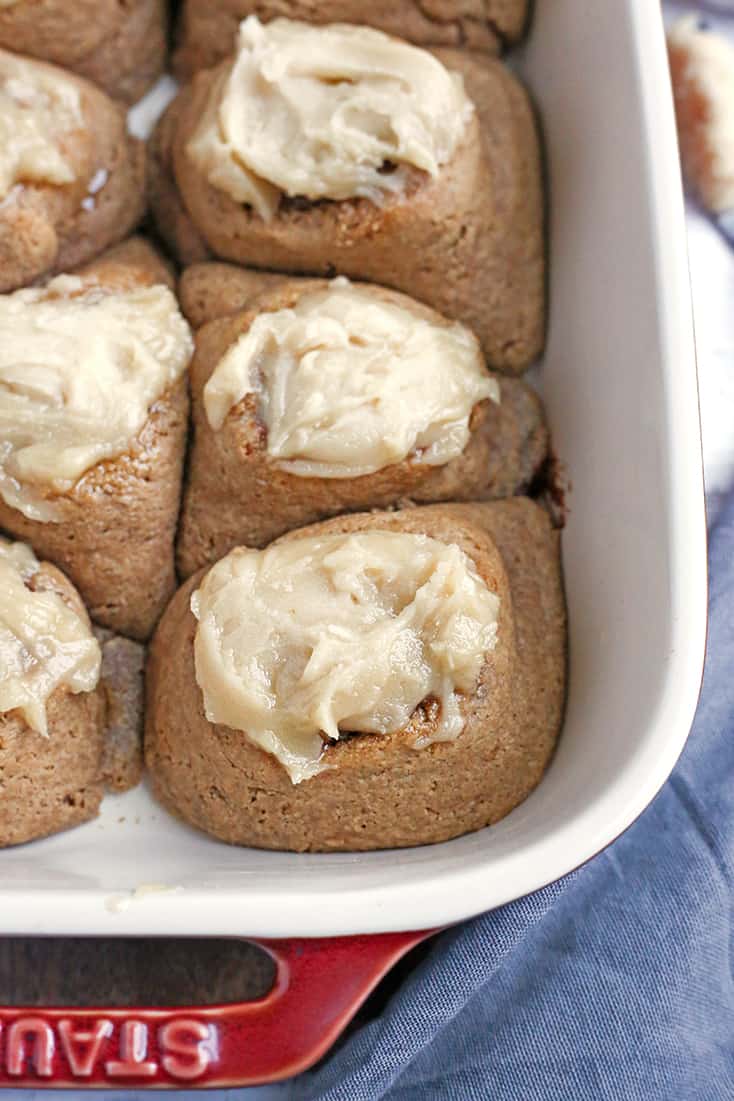 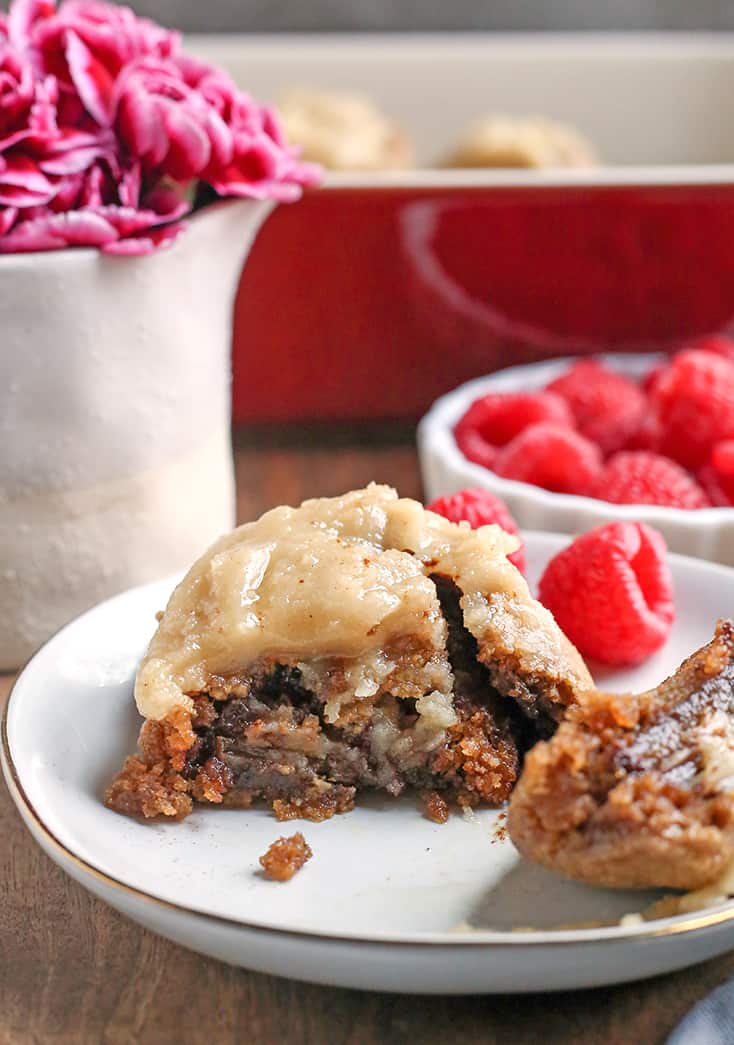 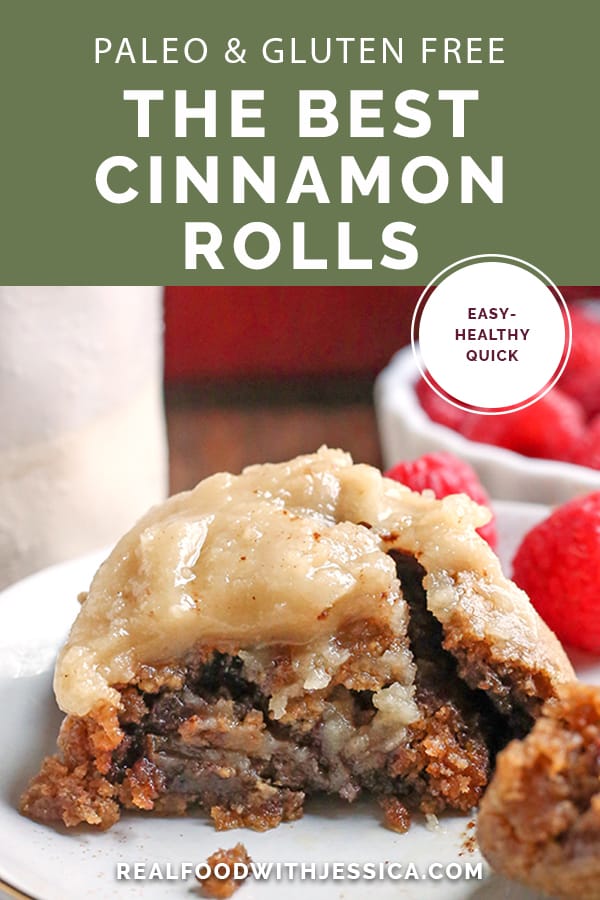 If I’m not baking then I’m probably checking out a local farmers market or cute coffee shop. I also love spending time with my daughter and being her mom is one of my biggest joys. END_OF_DOCUMENT_TOKEN_TO_BE_REPLACED